The Boy Who Bought The Blob


Sure, you've got your vampires and mummies and werewolves and zombies and so forth and so on, but sometimes, as my friend Sam likes to remind us, you just need a Blob. 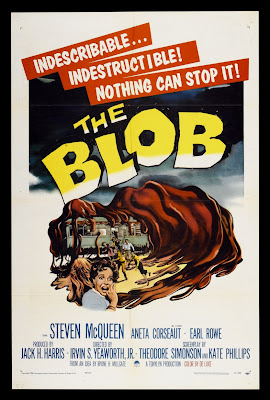 The real star of the film is, of course, the Blob and in one of those serendipitous "where are they now?" moments (Jeebus bless teh Intarwebs and The Gravedigger's Local 16 blog) I happened to run across this little piece of investigative reporting:

The Man Who Owns "The Blob"

During the course of this (tour of Valley Forge Films), (film director) Mr. Yeaworth pointed out a black five-gallon can, seemingly long forgotten in a dark corner. He told me the material used for the Blob was in it. He slowly opened the can, and there it was, in all of its blood red glory, the one and only world famous movie monster. The bucket was not full. It consisted of only about two gallons worth of material. Mr. Yeaworth quickly explained that what made the "Blob" appear so large on screen was the use of miniature sets.

A little wheeling and dealing later and... 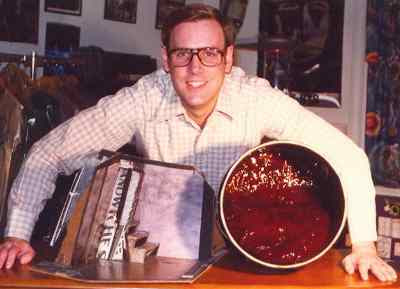 Now I'll tell you something REALLY scary. I ran across this same story just this weekend! I knew Russ Shanks owned the blob and several other miniatures used in Blob and 4d Man, but to experience the Synchronicity with you once again, wow! (And no I do not spend all my free time Googling monster stuff, just most of it). Keep Kibitzing!

Is... is that a signpost up ahead? And what's that strange music? And who is that cigarette-smoking man?