So, apparently Saturday, May 22 is World Goth Day.

Aren't these people dead yet?

Okay, yeah, that was a cheap shot. Sorry. Anyway, should you be interested there are all sorts of goings on around the country and around the world, even in Richmond, VA: 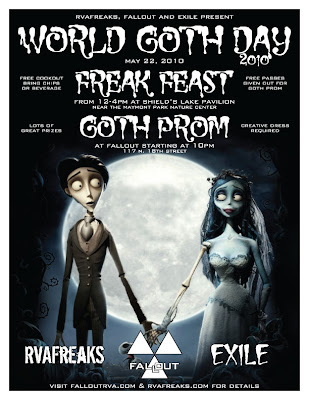 Absent from the poster is the planned costumed stroll from the cookout site to Maymont Park's Victorian Tea, which should be... interesting... given the somewhat stodgy nature of both the Foundation and those locals with adjacent homes (note that though the park was donated to "the people of Richmond," these particular residents would prefer it to become a gated community and, in fact, have succeeded in convincing the city to severely curtail traffic on the weekends).

Not being particularly Gothic myself (despite my propensity for black clothing), what this means for me is a PHOTO OP! along the lines of the (now) annual Richmond Zombie Walk (last year, Part 1, Part 2)...

...and time to retire my trusty Olympus D-380 digital camera. Sigh. Poor thing, it still works and works well for the purposes it was intended, but it is definitely showing its age--2 megapixels, no zoom, tiny little LCD, a memory card that is no longer manufactured--yeah, it's time to give it a well-deserved rest and designate it as my back-up camera. The new camera is a Panasonic Lumix DHC-FH22: 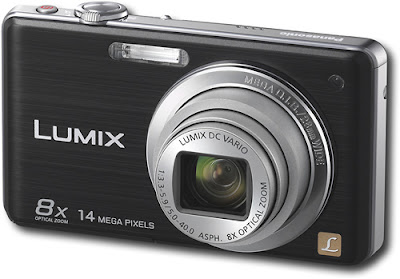 Bet you didn't know Panasonic made a digital camera, huh? Well, neither did I until I started an all-out Internet search for a suitable replacement. After reading a gazillion reviews and dropping a number of big-name manufacturers from consideration for reasons ranging from poor image quality (Nikon, to my surprise) to insufferably complex onboard software (several), I happened upon the underappreciated Lumix line... and bought one. So far, I like it bunches; I'll put it to a real test come Saturday.

Maybe I'll even dress up and head on over to the Goth Prom! 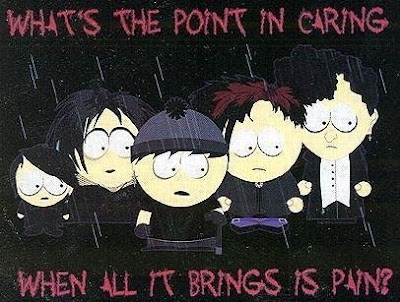 I am still using my Olympus D-380 which, you will recall, I bought after coveting yours.

I once replaced it with the Lumix! but that model of Lumix (don't remember the number but it was c. 2007) had a long shutter lag that drove me crazy. So then I bought another new camera, with like 10 Megapixels, and cracked the screen within a couple of months. The Olympus is a workhorse -- it's still going strong. It's like a brick and other Realtors® make snide comments about it but F'em.

Ya know, in a day and age when the longevity of consumer electronics can be measured in minutes i am still amazed both our D-380s still work! Yes, I have to scour the 'net for memory cards and then pay way too much for 'em, but damn! It just keeps going and going and going...

I haven't noticed any serious shutter lag on this Lumix beyond what I expect with a digital camera, so they may have addressed that particular problem. The LCD is HUUUUGE and the camera itself is thin thin thin; keep it in mind if you ever need a new one.

*I think the crack whore I was fooling around with in the 'Nineties liberated it for a Jeff Davis run.

Cool camera! My Casio is still going strong, but I'll keep this in mind just in case.

Speaking of proms, my stepdaughter posted an update on FB that she was going to attend the 80s Prom in a watering hole in Marfa--it's a fund-raiser for the Marfa Roller Derby team! Roller Derby!! Be still my heart! Now THAT would be a photo op, huh?